Skip to content
Posted on December 26, 2019Author Katie Harris No Comments on Behind the Scenes with Ryder

Ten-year-old Ryder has made strides toward independence. Ryder has worked with physical, occupational and speech therapists at Easterseals Crossroads for seven years.

Ryder was born at 38 weeks. Doctors suspected that there would be some difficulties, but did not diagnose Fraser syndrome until several years later. Everyday life for the family includes ventilators, oxygen tanks and breathing machines; he is still fed via his feeding tube, and he is just now experiencing the freedom of being off his vent. “We were told that he would never come off the vent during his life, but he has done that,” said dad Dustin.

Ryder is no stranger to physical, occupational and speech therapy; the family has logged many weekly therapy appointments as well as practice at home. His goals since three have included learning to use his left hand to grab things and standing independently.

“Reaching a milestone can be a long process; we reach things, but they are more like yearly goals,” said Dustin. “I would love to see Ryder walking independently within the next five years. I would love to be able to see him crawl into the car and car seat without us having to physically lift him. Those would be amazing milestones if we could hit those,” said mom Katy.

“Easterseals Crossroads has been great; the consistency is amazing. Since we don’t know what the future holds, we just know what we can do now,” said Katy.

And the now is what Ryder’s family concentrates on. Ryder is taking supported steps with his gait trainer; he is communicating his needs and his personality through devices; he is reaching for things; and he is pulling himself up.

“People ask how we do all this; we are not sure what they mean. This is our normal; this is our life,” said Dustin. And for the future? “We just keep going and put Ryder out there and live each day to the fullest. We’re not held back by disability,” said Katy.

“We try not to let things limit us. Sometimes we have to modify what we do as a family, but we don’t let things slow us down,” said Dustin. Community support for children’s therapy services allows Ryder to continue to progress; his parents see continued therapy in his future, but are excited about the possibilities that each milestone brings. 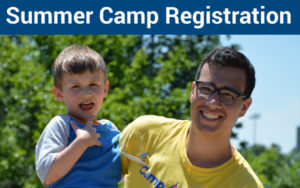 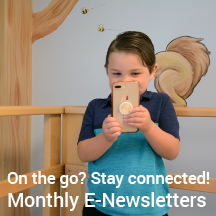